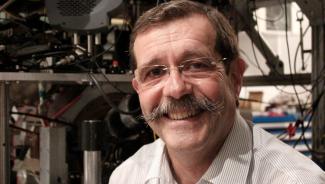 This 4th of October 2022, the Royal Swedish Academy of Sciences awarded the Nobel Prize in Physics to Alain Aspect, John F. Clauser and Anton Zeilinger for "experiments with entangled photons, establishing the violation of Bell inequalities and pioneering quantum information science". It is without doubt the highest honour a physicist can receive in his life.

Entanglement: towards the second quantum revolution